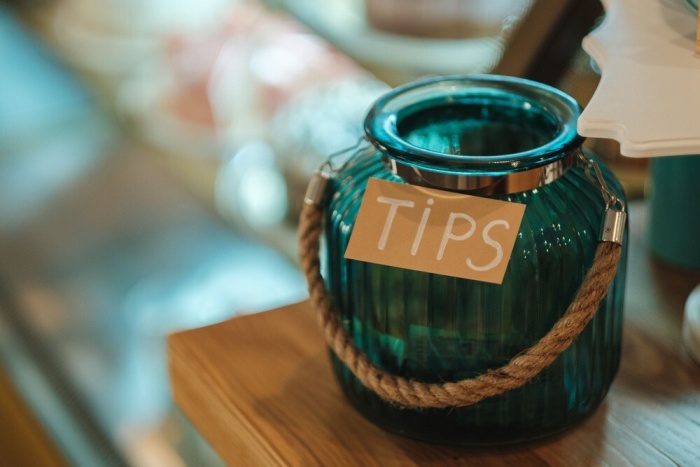 Coming up to a pub, bar, or any watering hole, you’d expect to find somebody ready to fix you a drink. These people prepare amazing cocktails and beverages like mad scientists. They know what goes well with this or that and give you a drink that you’ve always wanted. Without bartenders, weekend nights out or parties will leave you to consume only beers and shots of alcoholic beverages.

Bartending is one of the best jobs in the service industry that will give you a nice living without a college degree. Of course, it is because of the tips they get. But, on the other hand, there are instances when customers are not willing to give up the extra dough or do not really understand how to leave the gratuity in bars.

So, here is a bit of information for you to know more about the practice of tipping and how much tip to leave your bartenders, especially in a busy bar.

The Origins of Tipping

Tipping waiters and bartenders might seem like the norm in the US, but it is actually a practice borrowed from the Europeans. It started in the Middle Ages when masters give their servants a couple of coins as an act of goodwill.

At the turn of the 16th century, English guests were expected to give a “vail” or a small amount of money at the end of their visit or stay at a mansion to compensate the owner’s servants who provided exemplary service and worked beyond their regular duties.

Eventually, in the 1760s, valets, footmen, and servants were expecting vails, which led to a significant expansion of the guests. Aristocrats and gentry began to complain, and any attempt to abolish the practice of vails led to a London riot in 1764.

The practice soon spread out to commercial establishments in the UK, including restaurants, hotels and pubs. The Scottish philosopher and writer even complained about tipping a waiter when he stayed at the Bell Inn in Gloucester.

And finally, the word “tip” has an unclear origin, though some speculate that it came from a certain Samuel Johnson. A bowl in a coffee he frequents is labeled “To Insure Promptitude,” for guests to put some coin and receive better service. The label was then shortened to T.I.P., and over the years, it was simply referred to as tip.

How Much Should You Tip a Bartender?

When it comes to tipping, there are no hard and fast rules. Many people leave tips when they feel that it is appropriate for the level of service they get. For busy bars and watering holes, you know that you are supposed to tip bartenders. But are you aware of what they feel is the appropriate gratuity?

According to surveys made by Alcohol.org, bartenders have a range of ideas on what a decent tip should be. So take a look at these gratuity options and see if you agree.

Most bartenders still stick to the traditional practice and believe that $1 tip for every drink ordered is an appropriate amount. This is particularly acceptable in dive bars or if you order only one drink. These bars have cheap drinks and are frequented by yuppies and students; therefore, the amount is reasonable for a tip. However, if you are in a fancier place, it might not be an acceptable amount.

Some bartenders claim that customers should tip them 18 to 20 percent of the price of the drink you ordered. Now, if you requested a beer at $5, 20 percent is $1, and it’s just fair. However, when you get a premium shot of vodka for like $12 a drink, this would get them at least $2.40 gratuity, which seems unfair for having a bartender just pour the shot. This range is considerable if you ordered labor, skill, and talent-intensive fancy cocktail drink.

A good number of participants claim that 15 to 17 percent is appropriate for tips. Most Americans are familiar with the 15 percent rule; thus, it seemed appropriate for both customers and bartenders. For example, if you get a beer for $5, the tip would only be $.75, unlike the $1 per drink that most bartenders feel is the most appropriate tipping amount for a drink.

A few bartenders think that customers can tip less than the standard 15%, and it’s okay with them. This is somewhat surprising, considering that most bartenders prefer higher amounts of gratuity. With around 10% tip, a drink that is about $8, a tip of $.80 is considered appropriate by this group of bartenders! So a specialty drink that is priced at $15 comes with only a $1.50 tip!

About 8% of surveyed bartenders say that the appropriate amount for tipping is $2 per drink. Some drinks are definitely worth a $2 tip – if it’s a frozen margarita, Long Island iced tea, and some magical cocktail. But this amount is a big tip when you are just ordering a shot of vodka with a tonic.

More than $2 Per Drink

Some bartenders also think that the appropriate tip amount is more than $2 per drink. This sounds high, especially if you love fancy cocktails. However, a $15 cocktail with more than $2 tip is incredible. You might happily slip them an extra buck for their skills in creating your drink, but asking this amount for every drink is no longer acceptable with customers.

Fortunately, only a few bartenders surveyed think that the appropriate top should be more than 20%. It means that if you order a beer which is $5, and you’re supposed to tip 25%, then your order is already $6.25! Each signature cocktail that costs at least $20 will end up costing $25 with this kind of tip! Now, these drinks have become overly expensive because of the tips.

Two-for-one specials are frequent events in bars, and when they are running this deal, bartenders expect that customers leave more significant tips. Often it’s a packed bar with these kinds of specials because customers get a free drink for everyone they order. So when you don’t tip your bartender for preparing free drinks for you, then they’d be grumbling about it.

Tip on the Total

There is also a debate on when to compute the tip for the bartenders. Some people tip on the bill’s subtotal, which excludes the tax. Well, bartenders hope that you don’t do this. Ideally, they’d prefer that you tip on the total – which means tax included. 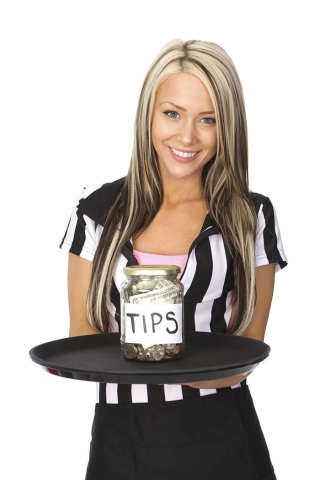 If you can afford it, bartenders suggest that customers tip generously for every drink that they order. Most bartenders do not make the minimum wage, and they survive because of the tip they get from customers. So if you are able, help your bartenders make a liveable wage by giving them good tips when you visit the bar.

Tipping in Restaurants and Bars When You Are Travelling

When traveling to different countries, tipping appropriately helps save time, money and embarrassment. Knowing that you are a foreigner, bartenders will help make your life easier with their prompt and courteous service. However, it is hard to tell if they are just doing their job or expecting a tip.

Likewise, every country seems to have its tipping practices, and some countries frown upon gratuity pay for their exceptional service. Some establishments do not have credit card processing and prefer that you pay cash, including tips. There are also places with an open bar that has a tip jar instead. Thus, it is best to research the country that you are visiting to avoid being disrespectful.

Generally, the usual tipping practices still apply whether you are enjoying a night out in a new town or just having a nightcap at a hotel. So don’t forget to tip bartenders $1 for every drink served, even if they are just handing you a beer or pouring some wine. Additionally, you can give the sommelier 10% of the wine cost, even if it is a less expensive choice.

Bartending requires hard work and patience. Although those in the industry are not guaranteed a great night of tips and generous customers, there will always be bad nights on occasions. If you are in doubt about how much tip to leave for the bartender, even if they are a bit slow or mess up your order at one time, stick with the 15 to 20 percent rule. It is always best to leave the establishment with some class, then be remembered in a bad light.