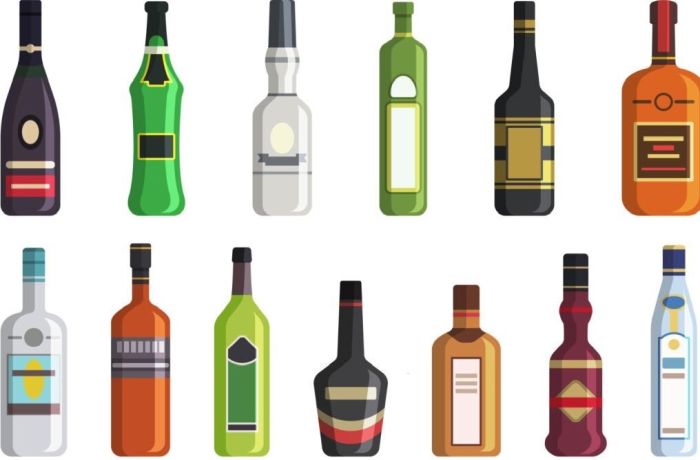 Planning to expand your liquor inventory for your home bar? Then you must know the various types of distilled alcoholic beverages available to you. There are six types of distilled drinks namely vodka, rum, tequila, whisky, gin, and brandy. Each type has its own unique taste that can create different kinds of drinks. Getting to know more about the basic types of liquor will create a foundation for learning more about mixology, cocktails, and how you can better enjoy each spirit.

But what exactly is liquor? Liquor is a necessary component of almost every mixed drink since it’s the foundation of many cocktails. There are numerous types of liquor produced from a variety of components, so they all have distinct tastes and purposes. We’ve compiled a list below that explains all kinds of liquors as well as signature drinks prepared using each one so you can figure out what you like.

Liquor comes in a variety of forms and tastes. In general, alcohol is created by distilling fermented substances. Sugars are fermented to produce alcohol, after which additional water is removed to create a higher alcohol concentration. Over time, aging in oak barrels may change the color and flavor of the liquor, although not every spirit undergoes this treatment.

Alcohol is defined as a beverage that has been distilled and is alcoholic. Because of the distillation process, which retains only a small amount of sugar, hard alcohol has a high alcohol concentration. The alcohol content in percentages and proof may be found on bottles of spirits. The percentage refers to the alcohol by volume (ABV), and the proof is that number multiplied by two. For instance, a spirit with 40% ABV would be 80 proof.

Distilled wine and beer are not considered liquors because they are not distilled. If you are worried about the high alcohol content of liquor, here’s the good news. Mixed drinks using hard liquors are diluted with the other ingredients, thus lowering the overall percentage of alcohol. Using non-alcoholic ingredients, the drink can be adjusted to be stronger or weaker.

While there are several varieties of hard liquor on the market, we will concentrate on the traditional sorts. Explore flavored variations as you begin experimenting with different spirits! For now, let’s look at what sorts of liquor exist.

What are the Main Types of Liquor?

There are six main types of liquor: vodka, rum, tequila, whisky, gin, and brandy. If you are planning to stock your home bar or liquor cabinet, it’s essential to have at least one of each of these distilled spirits. Each type has its own unique taste that can create different kinds of drinks. These are base alcohol that you can use to create mixed drinks and great-tasting cocktails. Here’s more information about each one of these drinks.

Brandy is made using fermented fruit such as grapes, peaches, apples, or cherries. Brandy’s category includes related spirits such as Cognac. Due to its fruit-based ingredient, brandy tastes similar to wine.

After distillation, it is then placed in oak barrels and aged for a minimum of two years to showcase the characteristics that distinguish it from wine. Brandy is usually stronger in alcohol (around 35 and 60 percent ABV) than red or white wines, although it has a wine-like flavor profile.

This classic liquor is produced worldwide, however, only the Cognac region in France can produce the best brandy counterpart. Whatever you decide on, you’ll be able to make a unique drink with a rich and tasty flavor profile.

There are many different cocktails you can make using brandy. Some examples include the following: 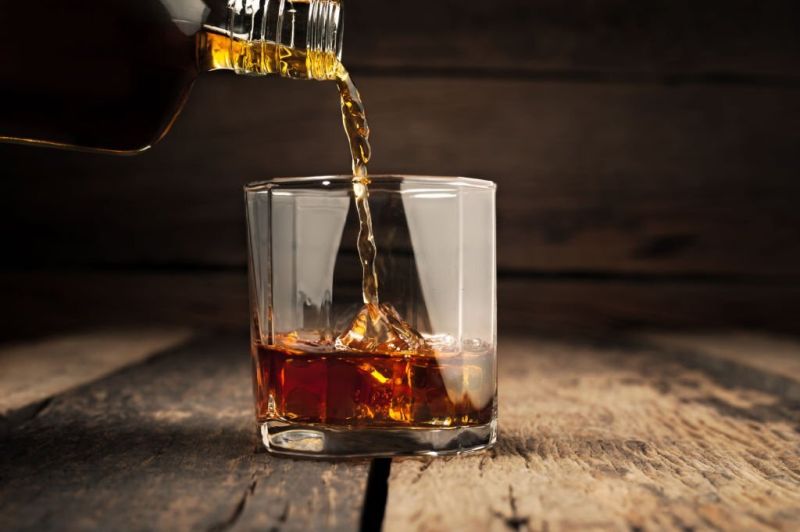 Whiskey is a broad and complex category of liquor and it includes various spirits such as bourbon, Scotch, and whisky. The different names for a spirit are determined by the location of its creation. Scotch and whisky are examples of Scottish-made spirits, whereas bourbon is an American one. The ingredients and other criteria also have a role to play in the name.

Bourbon has its own set of standards that distinguish it from scotch and whiskey, but it all boils down to personal choice. Choose a type of whiskey that complements your taste preferences while maintaining the overall cocktail’s flavor profile.

You may use bourbon or rye whiskey, which has a 51% rye grain mash, in these recipes, but experiment with different whiskeys after you get the hang of the classic cocktails. Despite the wide range of whiskies available, the alcohol content remains at around 40 to 50 percent.

Here is a list of classic cocktails using whiskey: 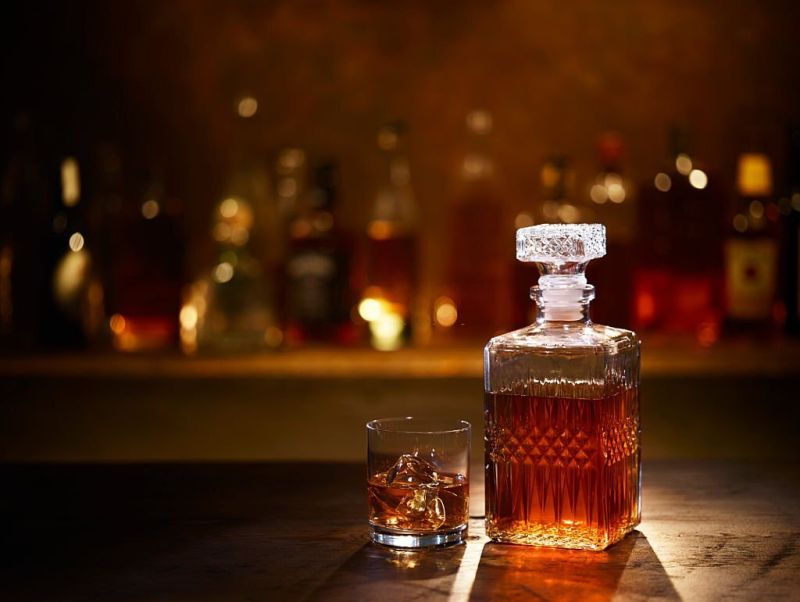 The process of making rum differs from the other types of liquor because it does not involve fermenting grains. Rum makers use molasses or sugarcane, and brown sugar thus, a sweeter flavor is produced. There are several varieties of rum, including dark, light, spiced, and flavored.

Rum flavors are determined by the way it is made. There are numerous different aging techniques, each with its own set of consequences. Light rum does not mature; while, dark rum matures in oak barrels. The typical alcohol content is around 40%, although over-proof rums can reach a strength of up to 75 percent.

Rum distilleries can be found all around the world, but the liquor has Caribbean roots. The spirit’s origins make it an excellent choice for tropical and summertime cocktails. You’ll want to keep multiple types of rum on hand once you’ve begun making rum cocktails.

Some popular mixes using rum as a base include the following:

Vodka does not typically age, and the color remains clear. Vodkas with alcohol contents ranging from 40 to 50% are available. Vodka means “little water” in Russian, and the liquor is nearly flavorless and odorless. The main goal of distilling vodka is to produce a high alcohol content without adding any flavor. Vodka may be distilled multiple times to remove impurities. The final product must meet certain criteria in order to be called vodka.

Vodka, like other spirits, can be used in almost any cocktail. Vodka’s neutral flavor allows it to combine with a variety of ingredients, ranging from simple to sophisticated. Many people consider vodka a versatile liquor because of its ability to take on the flavors of other ingredients.

It is easy to play around with flavors when using vodka as the base liquor. You can adjust the taste and add dimensions to suit your preferences. As a versatile drink, vodka should always have a place in your home bar.

The most popular vodka cocktails include the following: 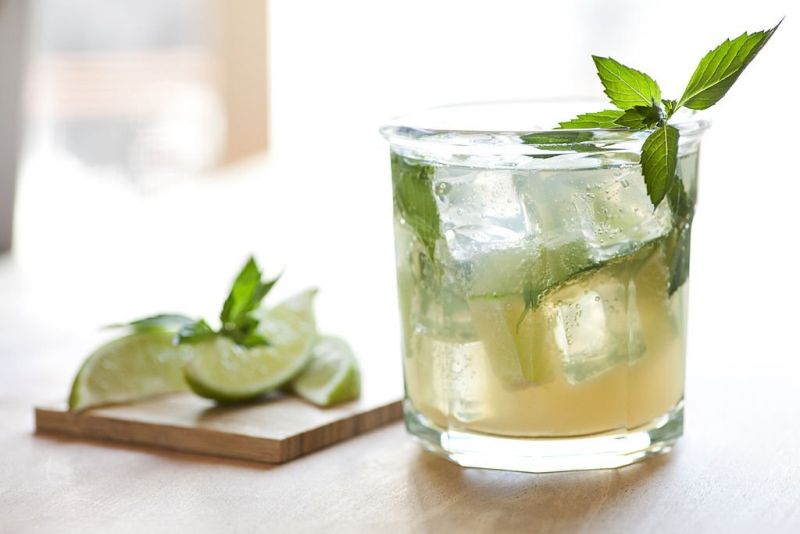 Tequila is a type of Mexican liqueur that is produced from the heart of the blue agave plant after distilleries bake and juice it. Tequila, like other spirits, comes in a variety of flavors depending on how it’s stored.

Tequila is clear when it’s first distilled, but it can be aged in wooden barrels to give it a golden color. The longer tequila is aged, the smoother it becomes.

Tequila must be made with at least 51% agave in order to be called tequila. The other 49% can be any type of alcohol.

Tequila is usually bottled in one of three ways:

And then we have Extra Añejo which means “extra aged” or “ultra aged,” this tequila has been aged for at least three years in oak barrels.

The term “tequila” refers to a specific area of Mexico where the tequila must be produced. Tequila is also one of the most powerful distilled alcohol, with an average alcoholic strength of 55 percent. When developing the above drinks as well as others, be cautious and adjust the non-alcoholic components as needed. Other distilled beverages made from the blue agave plant but did not come from the same region are not considered as tequila.

Popular cocktails with tequila as a base include the following:

Gin is formed from neutral grains such as rye, barley, wheat, and corn that has not been aged. Because it has not been aged, gin is clear like vodka. The herbal and pine-like notes in gin are due to the presence of botanical components like juniper berries.

The flavor of gin is dry — unsweet — and it goes well with non-sweet mixed drinks. Despite its herbal taste, gin is seldom consumed straight as with other spirits. The clear spirit is a worldwide favorite, with alcohol levels ranging from 35 to 40 percent.

Cocktails prepared with gin usually do not contain many additional substances because the spirit already has a distinct flavor profile.

Gin cocktails include the following: 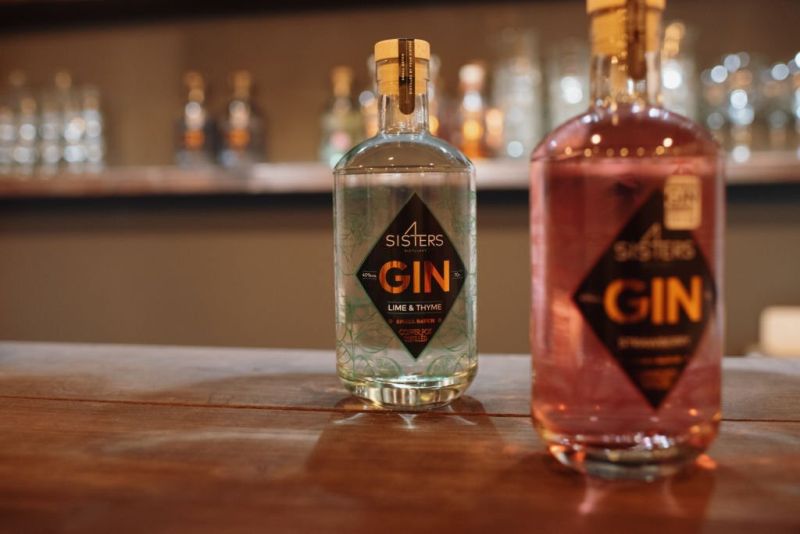 Liquor vs. Liqueur: WHATS THE DIFFERENCE?

Liquor is a distilled alcoholic beverage made from natural ingredients, while liqueur is an alcoholic beverage that has been flavored with fruit, cream, herbs, or spices. The main difference between liquor and liqueur is that liquor is less sweet and has a more intense flavor than a liqueur.

Here are the essential differences between these based on several categories.

Liquor or hard alcohol is a category of distilled spirits that has been fermented from a grain, fruit, or vegetable base. The fermentation process for liquor is generally shorter than that of beer or wine. The distillation process removes impurities and concentrates the alcohol content.

Liqueur, on the other hand, is a distilled spirit that has been flavored with fruits, cream, herbs, spices, nuts, or other ingredients.

Liquor is less sweet and has a more intense flavor than a liqueur. The flavors of liquor are derived from the ingredients used in its production, such as fruits, grains, or vegetables.

A liqueur is a sweeter alcoholic beverage because it is made with sugar or syrup and flavored with fruits, herbs, or spices. Bartenders can use liqueurs as-is or in tiny doses to make mixed beverages by combining them with a liquor base.

The difference between liquor and liqueur is the degree of sweetness. The most noticeable component in liqueurs is always sweetness. Flavors, spices, and oils are used to give flavor and texture.

Liqueurs get their sweetness from the sugar or syrup added during the bottling process.

Liquors, on the other hand, are not as sweet because they are not made with sugar or syrup. The flavors of liquor are derived from the ingredients used in its production, such as fruits, grains, or vegetables.

The majority of distilled spirit is in the 40 to 55 percent range of Alcohol by Volume (ABV), or 80 to 110 proof, while liqueur is generally higher in ingredients and therefore has a lower alcohol content, ranging from 15 to 30 percent ABV or 30 to 60 proof.

ABV is a measure of how much alcohol is in a given volume of an alcoholic beverage. The higher the ABV, the more alcohol content.

The proof is twice the percentage of alcohol by volume and is used in the United States.

Liquor is made with water and fermented grain, fruit, or vegetable extracts, while liqueur is made by infusing these extracts with flavors from spices, fruits, nuts, cream, and other sources.

The essential difference between liquor and liqueur is that liquor is less sweet and has a more intense flavor than a liqueur.

Liqueurs are alcoholic beverages produced by combining a distilled spirit with plant components and different fruit juices. The legal definition of a liqueur in the United States is that alcohol must be added to plant compounds and sugars at a minimum of 2.5 percent by weight.

Here are some examples of popular liqueur names:

Understanding the different types of alcohol gives you an advantage in entertaining and socialization. Each of these base liquors has a distinct taste. It does not matter if you are just stocking up your home bar with popular alcohol brands, or you intend to study and become a bartender. People have different preferences when it comes to classic cocktails, modern cocktails, and drinks. Knowing what is liquor allows you to prepare the best drinks at home and at work!