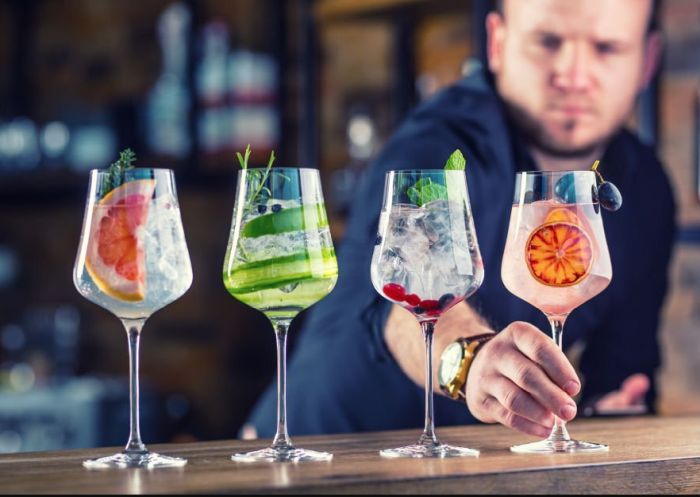 A well-crafted bartender cocktail may be the cherry on top of a fantastic occasion — something people like and remember. While the list of most popular cocktails is ever-changing and expanding, there are a few that every professional bartender should know by heart.

While there is seldom just one version of a cocktail, these recipes may serve as foundation blocks to which you can add, change, and create your own as your skills grow. We’ll leave the complicated shaker techniques and bottle juggling methods up to you.

We put up a huge collection of bartender drink recipes and lists. They were divided into three categories. You don’t need a bartending license to use them, but if you don’t have one, earning a bartender wage may be tough. Knowing these drinks is sure to assist you if you want to work at a place that serves clients from around the world.

Our list includes typical beverages, such as margaritas and martinis. These are the most well-known cocktails in the world. They’re so popular because everyone orders them.

Second, we offer simple cocktails. These are beverages that people enjoy and are easy to prepare. You probably already have a complete bar liquor list prepared with everything you’ll need.

Finally, there are the expected drinks. These might not be the most popular or simple to make, but every bartender worth their salt knows them, and they’re profitable cocktails. They’re just a product of bartending’s unique mixology techniques. 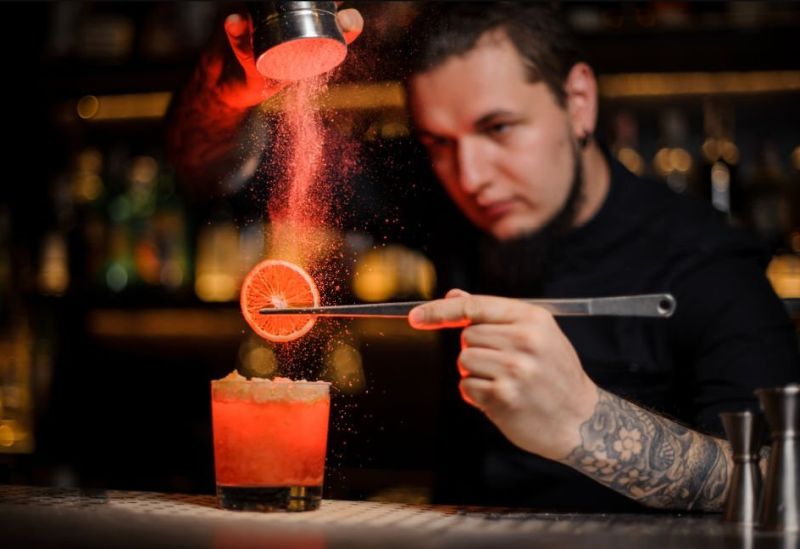 Bartenders must be able to make margaritas on a whim. Especially in the early evening and late afternoon, when they are most popular. They’re also an excellent opportunity to attempt to sell a client something additional.

Tips for Making a Margarita

Martini cocktails are probably the easiest drink to prepare. They belong in our easy, basic cocktails category. They’re insanely popular worldwide. In the United States, they are the second most popular classic cocktail drink, after the margarita.

They’re also most often consumed at night. That says a lot about the martini, in my opinion. After all, gin is included in some aphrodisiac drinks. It has maintained a sort of effortless mystique at home throughout its history since it was created in 1863.

Tips for Making a Martini

Mimosa is a cocktail drink that is most popular in the morning and afternoon. In 1925, it was reportedly created by a bartender at the Ritz in Paris. It’s also said to have been developed in the Mediterranean around 1900.

The name alludes to the mimosa plant, which blooms with a yellow-flowering bloom. That’s certain. If you have a brunch service, expect to handle many wine bottles or cases of wine.

Tips for Making a Mimosa

According to legend, the cosmopolitan was invented in 1987 by Toby Cecchini of The Odeon on Lexington Avenue in Manhattan. In the broad realm of cocktails, the Cosmo is a relative newcomer. There’s an old recipe from the 1930s that contains gin, Cointreau, lemon juice, and raspberry syrup.

It became popular like wildfire in the 1990s thanks to Carrie Bradshaw, and it now stands for a certain level of social refinement.

Tips for Making a Cosmopolitan

The Moscow Mule is a well-liked cocktail in the United States, which was surprising since it necessitates specialized equipment that many popular cocktails do not.

A Moscow Mule is only perfect if it’s served in chilled copper mugs. They don’t serve Moscow Mules in copper mugs, or every bar across the country has them. Here’s how to prepare it.

Tips for Making a Moscow Mule

The Old-Fashioned is a cocktail that has been around for centuries. There were only a few cocktails before there were thousands of them. Only one drink existed back then. And it was defined in 1806 as “a strong mixture of spirits, bitters, water, and sugar.”

It didn’t matter whether you used bourbon, brandy, or rye. It was a simpler time. Of course, it wasn’t referred to as old-fashioned back then. After creating hundreds of new mixed drinks, the drinking community looked back at the original recipe with nostalgia. “Give

Tips for Making an Old Fashioned 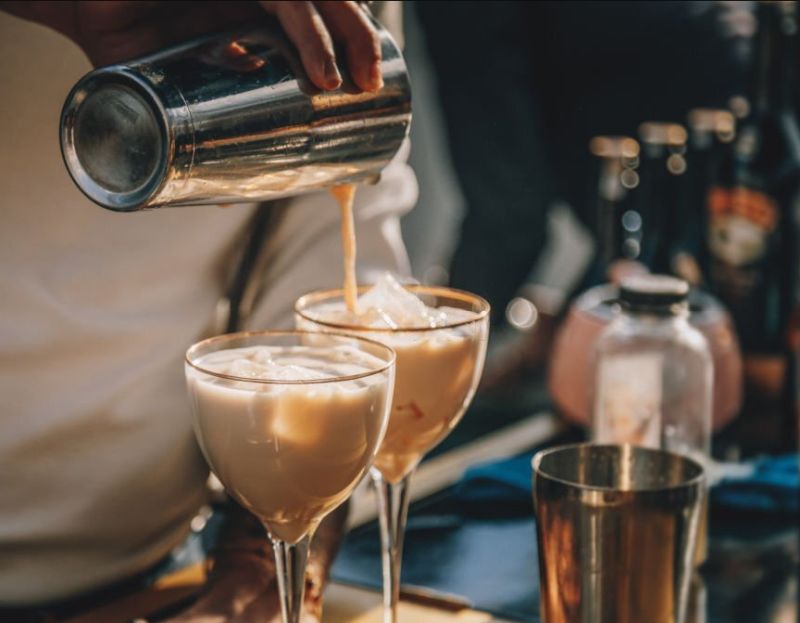 The name ” Bloody Mary,” like the drink’s origins, is uncertain. It’s difficult to determine how this cocktail acquired its moniker. So let’s accept it for what it is.

The Bloody Mary has now become a term. It’s kind of like a sandwich or a taco, according to some people. There is no strict formula for making one, but certain broad guidelines must be followed. However, whatever you decide on will result in a traditional fall beverage.

Tips for Making a Bloody Mary

The Aperol spritz is a wonderful cocktail because it’s made with potable bitters, which means you may drink it. If you want to construct the entire beverage, learn how to make bitters using a bitters recipe. It’s good for your digestion. It also has a low alcohol content, with 11 percent ABV.

The white version of the Black Russian is a cream-based White Russian. They have nothing to do with Russia and only use vodka as a base. Finally, vodka was invented in Poland.

In 1949, a Belgian named Gustave Tops created the cocktail in honor of the U.S. ambassador to Luxembourg’s visit to Brussels. We’ve spoken about five different countries in the previous few paragraphs. You might be forgiven for thinking that the White Russian’s backstory doesn’t make sense.

How to Make a White Russian

The whiskey sour is the most popular summer bourbon drink. Wisconsin has the distinction of being the first place where this historical cocktail was mentioned in print—back in 1870.

Sour is a family of classic mixed drinks that should be thought of as a mixological principle. They’re one of the most well-known methods for preparing classic beverages. It’s a simple, time-tested combination: alcoholic drink + sour mixer + sweetener.

Tips for Making a Whiskey Sour

The daiquiri is a type of drink that is highly regarded among bartenders. It’s one of the “six basic drinks” in The Fine Art of Mixing Drinks, an epic and influential 1948 cocktail book. In Cuba in the 1890s, an American mining engineer named Jennings Cox worked at a Cuban iron mine.

In the early 1900s, rum began to appear in bars along with other spirits. Rum became more readily available during World War II than whiskey or vodka. During the war, FDR’s “Good Neighbor” policy boosted trade incentives between the United States and Latin America.

Tips for Making a Daiquiri

The Gimlet’s origins lie at sea when limes were a required portion of the British sailor’s diet to fight scurvy. Many British sailors in the 18th century preferred gin as their drink of choice. It was also an excellent match for the limes they were forced to consume. The lime juice made the gin more palatable, and as a result, hundreds of seamen were saved from vitamin deficiency. It’s a simple drink if I’ve ever seen one.

Tips for Making a Gimlet

The cocktail was created in New Orleans in the 1870s and became popular throughout the United States during the first half of the twentieth century. It became so popular that bars needed whole teams of bartenders just to prepare them.

The cocktail became popular throughout the world in the 1950s. In most cases, people use gin, whiskey, and fizzes, but gin is most preferred. It’s undoubtedly one of our all-time favorite classic drinks.

Tips for Making a Gin Fizz

The boulevardier is a French recipe that was created with bourbon. Rye, on the other hand, is recommended because of the spice’s influence on the flavor and roundness. Rye boulevardiers, in particular, are fantastic.

Tips for Making a Boulevardier

The Negroni is a classic Italian cocktail composed of just three ingredients: gin, Campari, and sweet vermouth. The drink was invented in 1919 by Count Camillo Negroni, who asked for his usual Americano (a mix of Campari, sweet vermouth, and club soda) to be made with gin instead.

Tips for Making a Negroni

In the early 1800s, Antoine Amédée Peychaud arrived from the Caribbean islands and built a distillery selling bitters of his invention. A bartender in town used imported Cognac to make a beverage that an apothecary in the area had created. And with time, it grew more popular.

Tips for Making a Sazerac

Mojitos may appear to be a more recent, hip cocktail, but they have a long history. The indigenous Cubans used sugar cane juice and mint leaves as medicine. The European invaders discovered it in the Caribbean around that time, and it soon became a fun drink thanks to rum. 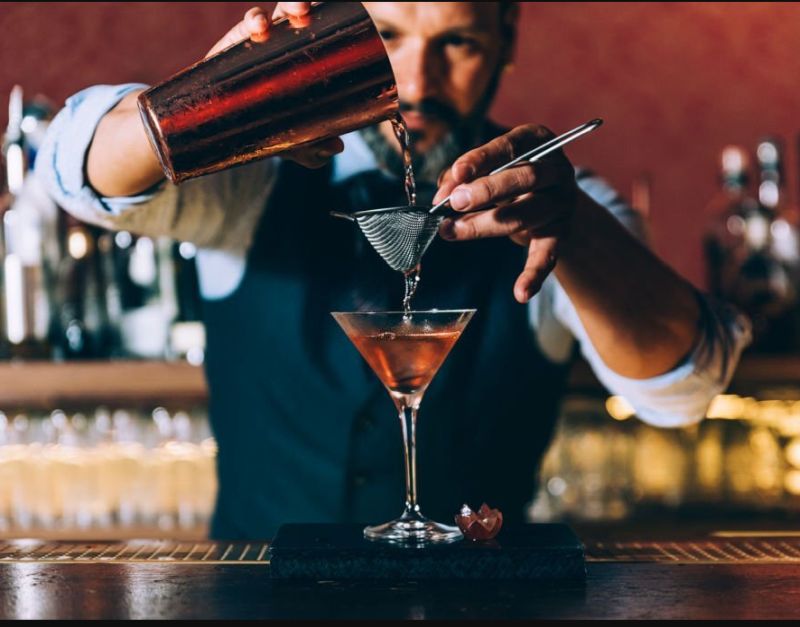 Tips for Making a Mojito

The Manhattan is a classic American cocktail with just three ingredients: whiskey, sweet vermouth, and Angostura bitters. The drink was invented in the late 19th century and has been a staple ever since.

The tiny island of fewer than 9,000 people is infatuated with it. They consume it for lunch, supper, a nightcap, and special occasions. Locales featuring images of it are widespread. It’s become a specialty among bartenders. People constantly seek it out.

Tips for Making a Manhattan

Do you have a blender on-site? There is no need for one. While this drink is frequently transformed into a frozen slushie to enjoy at the beach or poolside, crushed or pebbled ice will suffice.

Bartender cocktails are always a unique creation that bartenders can tweak and make into an original. However, this list gives us the basic, classic, and most commonly requested cocktail recipes that every bartender should know.

With so many types of cocktails to choose from, you’re sure to find one that you’ll love. Whether you’re a fan of whiskey or rum, there’s a cocktail out there for you. So what are you waiting for? Get mixing!